I would like to wish the readers an extremely successful and profitable 2020. We all hope that Eskom keeps the lights on, but I will do my best to contribute to enhanced energy efficiency by keeping you well informed about the latest lighting and lighting control technologies. 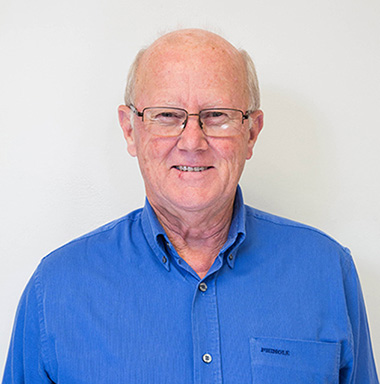 Before launching into writing this first article for my column in Sparks Electrical News, I would like to thank Gregg Cocking for asking me to contribute to the magazine content. It is a real privilege and a big responsibility. I have been in the lighting industry for 49 years. In that time, we have seen incredible changes and advancements in the field of lighting. The first compact fluorescent lamps from Philips appeared in 1976, Thorn Lighting released its 2D mini-fluorescent lamp in 1981, while next to make an appearance were the metal halide lamps and products, which entered the market in 1995.

The first commercial use of LEDs took place in 1968 when Hewlett-Packard started using them in LED lit electronic calculators. I recall purchasing a Facit electronic calculator from Garlick’s Office Machines in 1972. It was very expensive, but I ‘needed one’. My first encounter, and possibly also your first encounter was around 2007. I remember finding it incredibly hard to believe that anyone would manufacture such a blue colour white light which barely provided enough light to see your hand. It was the start of my journey into what is today, the amazing world of LED lighting. It is, in fact, quite mind-blowing to reflect on how far LED lighting technology has advanced. From the basic LED down lights that we scarcely use in lighting designs today to some of the most advanced LED luminaires and technology.

The Fourth Industrial Revolution or 4IR as it is often referred to, has heralded in some of the most exciting new LED lighting that I have ever experienced or had the pleasure using in lighting designs. Over the coming editions of Sparks Electrical News, I will discuss each of the technologies, but let me whet your appetite by making mention of those that are by no means the limit of the technological advances. A key feature of the technologies is that they are disruptive in nature. They change the way we think about lighting; they change the way we install lighting; and they change the way people, consumers, users and occupants interact with lighting. The technologies make considerable use of the Internet of Things (IoT) where they can be interconnected to other devices, can be controlled by a variety of devices within a single installation and which deliver entirely new experiences for the occupants. Here are some of the exciting new technologies already in wide use, albeit not yet in South Africa. South Africa is experiencing an energy crisis with the threat of load-shedding hanging like the sword of Damocles over our heads. Apart from Solar PV systems, wind turbines and Thermal Power Generation, there are ways that energy efficiency can be boosted by the adoption and correct use of the 4IR new lighting technologies.

Who would have imagined that lighting could be powered through network data cables? Yes, that is the way to boost energy efficiency whilst at the same time incorporating sensor technologies, connectivity, Human Centric Lighting and more, into the luminaire. With the growing expansion of The Internet of Things, luminaires or light fittings can now provide better and easier connectivity to the network and Internet. This is called Visible Light Communication (VLC) where, using Power over Ethernet, the light fitting becomes a connectivity point to the existing WiFi or ethernet system. But, even better still, how about using LiFi? LiFi is more secure and faster. Using light to communicate and it can transmit from 1 MB to 100 MB of data at high speed using the visible light spectrum which has 10 000 times more bandwidth than radio frequency (RF) bandwidth.

You all know what the Global Positioning System (GPS) is about, well let me introduce IPS – Indoor Positioning Systems. Imagine going into a shopping centre and finding a line of people all wanting to locate a retail store at the store locator board. It is now possible to do that using an app which can be downloaded onto your smart device, of course only where the system has been installed. It is already widely used overseas in shopping malls and individual retail stores and supermarkets where shoppers are guided through the store quickly and easily. In some stores, you can even shop off the shopping list you first created at home, complete your shopping, the shop checks that you have not forgotten any item, updates your loyalty points and deducts the amount from your bank account, all this without ever interacting with a living soul!

Finally, Human Centric Lighting which makes use of luminaires which adapt the light during the day to provide the occupants in an office, for example, with the best light colour and intensity to ensure their wellbeing, health, and enhanced productivity levels. Of course, lighting controls have kept pace with LED lighting developments. These will feature in later columns and articles.