Following a visit from the Quality Council for Trades and Occupations (QCTO) conducted on March 3, 2020, LIV’s Culinary school and the LIV Welding Academy – sponsored by Afrox – have been awarded QCTO accreditation as occupational development providers for chefs and welders, respectively. African Fusion talks to Afrox’s Johann Pieterse and Anne Meyer, campus and training manager for LIV Durban in Verulam, KZN.

Lungisisa Indlela Village (LIV) was founded in 1997 by Tich Smith as a village-styled home with cluster foster care, where orphans and vulnerable children could live, be loved and educated, and come to know God. “From the beginning, Smith dreamed of creating jobs for those from disadvantaged communities and backgrounds so they could earn an income and look after their own families,” Meyer tells African Fusion.

Along with his wife Joan, Tich Smith has relentlessly pursued this goal and, nearly 25 years later, LIV is today a well-established organisation with three sites in South Africa that look after the physical, spiritual, educational and training needs of vulnerable people, preparing them and their children for a better future. 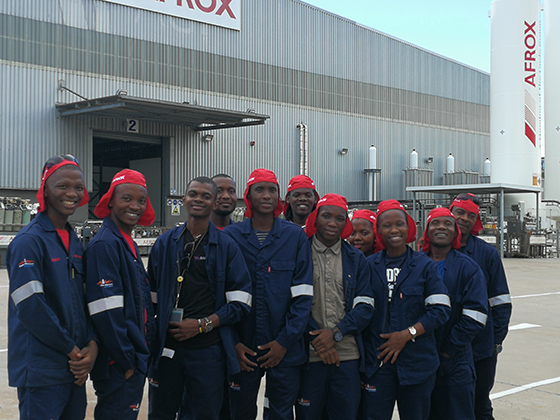 Initiated in 2016/2017, the LIV Training Academy was a more recent addition to LIV’s community services. According to Meyer, it was set up to help unemployed members of the local community with the idea of developing successful graduates that are employable when they leave: providing them with a new hope and future.

“LIV Training initiated the training and skills development phase of LIV – to rescue, restore, raise and upskill community members who are unemployed and unskilled,” adds Meyer.

LIV Culinary School was launched in 2016 with a training kitchen that can accommodate up to 10 students, who are given a solid academic background coupled with intensive practical training courses. As from March 27, 2020, the Culinary School has been granted QCTO accreditation for awarding NQF Level 5 Chef Diplomas.

LIV Welding Academy, initially developed in association with Afrox and fully sponsored by Afrox, was launched in 2017 with CHIETA accreditation. Following successfully passing their trade tests, which – lockdown permitting – may yet be able to take place before the end of 2020, the current group of LIV welding apprentices who started at that time may be among the first in the country to graduate from the new QCTO programme.

“The announcement that LIV Training Academy has QCTO accreditation is such an exciting development for us,” says Johann Pieterse, Afrox business manager for manufacturing industries. “This is the new welding apprenticeship programme that replaces all the other SETA-based qualifications in the country. It means that the apprentices who have been on the LIV Welding Academy programme since 2017 will be able to take their trade tests and, when they pass, will be among the first artisans in the country to become qualified as red seal welding artisans from the QCTO programme,” he notes.

Afrox’s involvement with LIV goes back to 2014, when the idea of a welding school was first considered. “We started to build a welding school in 2016 by coupling together a collection of second-hand shipping containers. We then added welding booths, added electricity and gas, and fitted the booths with Afrox-sponsored multi-process welding equipment,” Pieterse recalls.

Following interviews conducted by Anne Meyer, 12 disadvantaged youngsters from the local community were chosen for the three-year pilot programme, with the full costs of their training being borne by Afrox. “At the launch of the academy in 2017, I remember a moving and very happy moment when we handed over the first set of welding PPE to each candidate: auto-darkening helmets, gloves and tools. The reaction of every candidate was unbelievable,” he tells African Fusion, boding very well for the programme’s future success.

“Over the three years and under the excellent guidance of Anne, these youngsters have developed into young adults who are going to be able to contribute enormously to society. Some have already bought their own houses for their families and two students have established small side businesses, proving that what they get from LIV is far more than just a qualification,” he adds.

As part of the QCTO welder programme, apprentices have to complete a predefined number of hours of theory in a classroom and on practical welding in the workshop. In addition, they have to have regular workplace experience.

“Through Lorien Chettiar, a welding coordinator, LIV Welding Academy apprentices gained work experience at Aveng Grinaker LTA during last year’s SAPREF refinery shutdown,” continues Pieterse. “Grinaker was exceptionally impressed with their energy and their welding. The apprentices were paid at hourly contract welding rates, which put real money into their pockets, possibly for the first time in their lives. This is exactly the measure of training success that LIV was initially looking for,” he says, adding that he has received some excellent testimonials, from Grinaker and other placement companies, about the apprentices’ energy, attitude in the working environment and their welding skills.

The future of the programme? “We are on a follow-on campaign to recruit and fund ongoing groups of apprentices and to solidify the long-term future of the LIV Training Academy,” says Meyer. “As an accredited apprenticeship programme, companies who sponsor apprentice training at the welding academy can reclaim significant percentages of the costs from the Skills Development Levy. They are also entitled to triple points on the B-BBEE scorecard as well as further financial support from SARS’ Employment Tax Incentive (ETI) scheme, which was initiated specifically to encourage industry to focus on the young and disadvantaged,” she advises.

“Most importantly, though, industry and South Africa need skilled people, to foster growth in our economy and to eradicate the scourge of unemployment and poverty,” Pieterse concludes.

The success of LIV Village and its now-accredited QCTO training programmes is already proving that this is not just a dream. 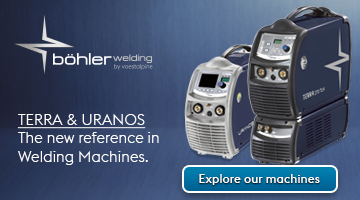