Upgrades at OMV’s aggregate and sand plant at Stilfontein in North West province has led to a 40% capacity growth over just 18 months. The daily output now regularly reaches some 1 400 tonnes.

A range of upgrades at OMV’s aggregate and sand plant at Stilfontein in North West province has led to a 40% capacity growth over just 18 months.

OMV’s Stilfontein plant processes quartzite rock dumps generated from shaft-sinking in the area to produce road construction material. While production capacity could previously be pushed to about 1 000 t a day, the plant’s daily output now regularly reaches some 1 400 t.

One of the first improvements was the installation of a 100 m overland conveyor extension from the dump to the feed box. This improved productivity and overcame the loading constraints experienced previously with the use of front-end loaders. A new feed box was also installed – with its own six metre conveyor belt – to feed the overland conveyor. This addition reduced excessive wear and tear, improving uptime on that part of the plant. 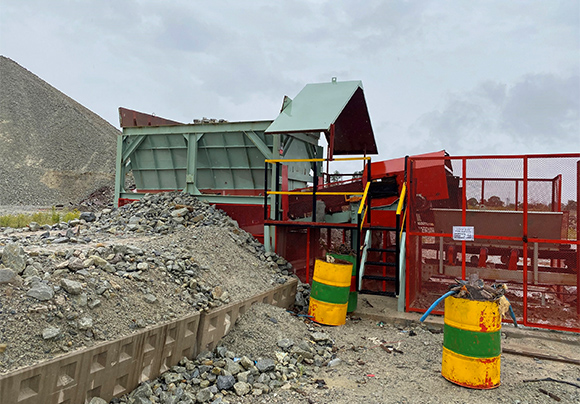 The primary plant with its newly installed feedbox feeding an overland conveyor.

A programmable logic controller (PLC) and human machine interface (HMI) has been added to the circuit to automatically regulate the feed box. This allows the choke-feeding of the crusher, which is difficult to accomplish manually.

To raise sand production, a deep cone thickener was installed to extend fines separation. Among the benefits of the new fines separator is that it reduces the amount of saleable material discharged to tailings. It recovered about 10% of saleable product previously discarded into the tailings pond, and contributed to the plant’s sand production capacity rising from 25 to 33 t/h. This step also reduced the plant’s environmental impact by reducing the quantity of tailings. 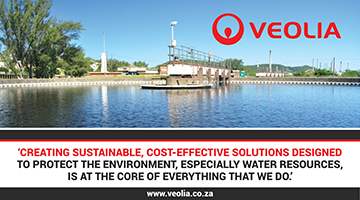 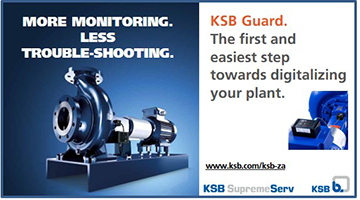 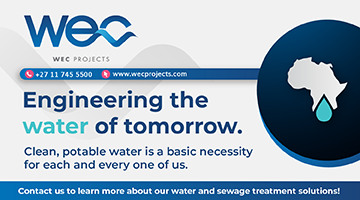