A company which is fast-emerging as one of the ‘superstars’ of the African gold mining scene is TSX-listed Endeavour Mining Corporation, which is rapidly expanding its portfolio of West African mines. 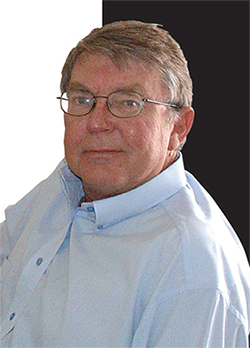 As we report on page 15 of this issue, its latest achievement has been to bring its new Houndé mine in Burkina Faso on stream well ahead of schedule, at the same time shaving off US$15 million from the initial capital budget of US$328 million. Moreover, the construction of the mine was completed without a single LTI being recorded – a remarkable record given that more than 7 million man-hours were worked.

Houndé – which will have an average annual production of 190 000 ounces over a mine life of 10 years – achieved commercial production at its nameplate capacity on 1 November, after pouring its first gold on 18 October. This must be some sort of record – according to Endeavour, mines typically take an average of 10 quarters to reach full design capacity.

Not content to sit on its laurels, Endeavour is now transitioning the Houndé construction team to the Ity CIL project in Côte d’Ivoire. This will replace the current Ity heap-leach operation and is involving a very substantial capex of just over US$400 million. Construction started in September and the build time is roughly 20 months. The project will, along with Houndé, rank as a flagship asset, with a mine life of 14 years and an average annual production of 235 koz at a very low AISC of US$494/oz over the first five years.

Looking beyond Houndé and Ity, Endeavour has launched the Kalana project optimisation study. Located in Mali, Kalana has come into the Endeavour stable as a result of its recent acquisition of Avnel Gold Mining and has the potential to be a substantial long-life producer. Avnel completed a feasibility study on the project which outlined an open-pit mining operation allied to a 1,2 Mt/a CIL plant producing an average of 101 000 ounces of gold a year over an 18-year life. Endeavour is revising and optimising this study to allow an increase in the average annual production to around 150 koz, albeit over a shortened mine life.

Endeavour is expecting to produce between 630 000 and 675 000 ounces of gold in 2017 and believes it is well positioned to meet its 2019 objective of achieving more than 800 koz of production at an AISC of below US$800/oz. The group’s current operating mines are Agbaou and Ity in Côte d’Ivoire, Houndé and Karma in Burkina Faso and Tabakoto in Mali. As I write this, it also owns the Nzema mine in Ghana although this has been sold to BCM International, with completion of the transaction awaiting the approval of the Ghanaian authorities.

Some of Endeavour’s senior executives, including CEO Sebastien de Montessus, are based in London but the group believes in a hands-on management model with key personnel based close to operations. It maintains an office in Abidjan in Côte d’Ivoire which is staffed by 40 employees, including its COO, Jeremy Langford. All mine sites have dedicated airstrips, allowing them to be accessed from Abidjan within three hours or less.

Like Randgold, which it in some ways resembles, Endeavour believes in the value of exploration – both on a near-mine and regional basis – and its 2017 budget for this function is in the region of US$45 million, a huge amount for a mid-tier miner. Its medium-term exploration target is to discover 10 to 15 Moz by 2021, which represents more than twice the reserve depletion at its mines over this period.

Endeavour’s exploration is guided by a screening and ranking methodology similar, apparently, to that used in the oil and gas industry and it is aiming for an exploration discovery cost of less than US$20/oz versus the average for West Africa of US$75/oz. The human resources it devotes to exploration are impressive and it employs around 20 senior geologists, 40 junior geologists and 130 technicians and support staff.

The group has had particular success with its exploration at Ity, where 1,5 Moz have been added to the inventory of the CIL project over the past 12 months. It has also just reported fresh discoveries at both Houndé and Karma. Interestingly, it has recently agreed an exploration joint venture with Randgold covering the adjacent Sissedougou and Mankono properties located in northern Côte d’Ivoire. Randgold will hold a 70 % interest and will act as the JV operator.

Summing up, Endeavour has worked wonders with its present portfolio and is clearly a company to watch. It has an impressive pipeline of projects and – based on its present form – could eventually challenge Randgold for the title of Africa’s most dynamic gold producer.