A particular challenge for the mining sector is the low level of female participation at all levels of the industry. Estimates suggest that women comprise only 10% of the global mining workforce. Figures from the Minerals Council South Africa show that women represented 12% of the total mining workforce in the country in 2020.

Historical concerns around work conditions and the competitiveness of the mining sector have been complemented by a growing number of other issues. Today, an overarching goal is to find ways in which the mining sector can promote better women representation. Efforts by mining companies to employ more women have stalled, leaving the industry as one of the world’s most male-dominated professions.

Mining companies are becoming increasingly aware of both the business and moral imperative of enhancing the representation of women across all levels and are attempting to increase the numbers of women through various initiatives. While there has been improvement in business in general, the mining industry still struggles to attract and retain women at all levels of employment. Research has shown that once employed, on-the-job challenges at mining operations lead to women leaving mining roles.

As you will see in this issue of Modern Mining, we cast the spotlight on the plight of women in the industry. Despite the challenges, it is encouraging to see that efforts are being made to address these issues. On August 19, 2021, the Minerals Council South Africa marked the second National Day of Women in Mining, reporting back on progress made in the year since the initiative was first launched, on August 21 last year.

According to the latest data from the Minerals Council of South Africa, mining contributed R376-billion to GDP, and remains the mainstay of the country’s economy. However, the world of mining is changing – in terms of technology, our understanding of its social and environmental impacts, as well as demand for battery metals. Astron Energy identifies several global trends in mining and examines how they are playing out on the local stage. With the electrification of mobility taking off, and the world starting to scramble for supplies of critical raw materials, of which graphite is one, Tirupati is acquiring two world-class graphite deposits in Mozambique. The game-changing acquisition, CEO Shisir Poddar tells Modern Mining, allows the company to build its arsenal and seize every opportunity to become a global leader in flake graphite. 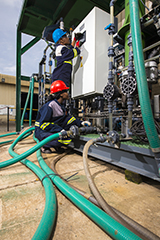 Dealing with multiple streams of effluent in antimony roastery plant

Having initially provided a water treatment plant to deal with various waste streams for a client producing antinomy metal, antimony trioxide and antimony-gold concentrates in the Arabian Peninsula, Multotec will this September commission an upgraded plant to deal with the change in feed and the increase in contaminants, process manager Anke Botha tells Modern Mining. 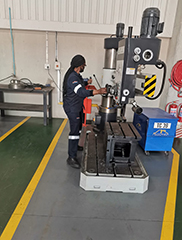 Diversity and inclusion remain issues of concern for the mining sector. As a service provider to the industry, Sandvik Mining & Rock Solutions Southern Africa believes it is well placed to influence the narrative and has therefore made a conscious decision to be the agent of change that the industry needs. Several key initiatives implemented over the past five years, Centre of Expertise manager Megan Rogers tells Modern Mining, have yielded solid results, with more set to be achieved in the next two years. 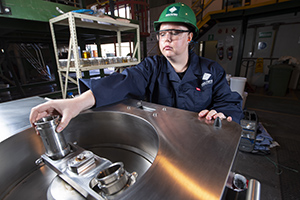 Conducive environment for women to thrive at Multotec

Although the mining industry is still grappling with gender disparity, Multotec’s Refentse Molehe, Este du Toit and Jeantelle Rust believe that things are rapidly changing across the industry at large, and there is a big drive to give women the platform to exhibit their capabilities and the voice to be heard in the workplace. 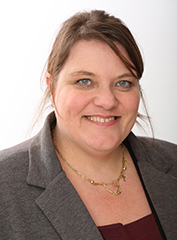 Fostering a working environment that is attractive to women

Given the documented challenges that women working in the mining sector face, SRK Consulting – which has over the years played a leading role within the mining sector in creating a supportive culture for women – believes that the transformation required in the industry is about fostering a working environment that attracts and retains women professionals across the various disciplines of the industry. 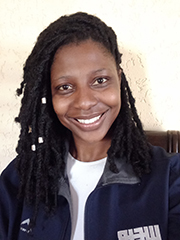 Women at Weir Minerals Africa making their mark in mining

There has been a marked increase in women representation in the mining sector over the past decade. Industry players such as Weir Minerals Africa are continuously working hard to increase their female representation in the workplace through various initiatives, thus creating an all-round, more attractive reputation for the industry as a field in which women can thrive. Modern Mining spoke to four women from Weir Minerals Africa about their journey in mining and how they have made their mark in a male-dominated industry.