In the August issue of Sparks Electrical News, Shuttle Lighting delve into the need for certification and regulation. Product certification and regulation ensures that products meet the relevant local, national or international regulatory standards. Globally, electrical products are required to meet strict safety, environmental and performance standards for the simple reason that, without such extensive precautions, they may injure or kill users. Assets, such as buildings and other possessions, are also at risk but the purpose of the regulations and standards are to protect the consumer and the environment. In South Africa, the sale and installation of electrical products are governed by a number of acts and regulations.

Elsewhere in the issue we look at Energy Efficiency, MCCs and Motor Protection as well as Lighting.

The positives of installing a geyser timer

There are many positives and a few negative aspects of using a timer on a geyser. The timer controls a switch that will turn on and off a hot water heater during different parts of the day.

Personality of the Month

Although Eldred Sterling had a lucky break when he was offered a job at Rubicon Renewables and Rubicon Automation, in the intervening years he has climbed the ladder, starting as an Electronics Counter Salesman and today being the Regional Head: Gauteng. With Rubicon he has been exposed to a number of projects over the years.

SABS advises consumers to use tested and certified PPE

The South African Bureau of Standards (SABS) is aware that there are numerous claims that personal protective equipment (PPE) is ‘SABS Approved’ and that consumers are being duped into using potentially harmful PPE. Consumers are urged to be vigilant and to buy quality products through legitimate delivery channels.

Lighting matters: a continuation of the role of lighting in the Fourth Industrial Revolution

Li-Fi is the brainchild of Dr Harald Haas, a professor at Edinburgh University’s Research Institute for Digital Communications. Those who have studied this new form of communication, refer to Dr Haas as the ‘father of Li-Fi’. Li-Fi makes use of the visible light spectrum to communicate via the internet. The current wireless frequency band is rapidly reaching its limit in terms of up and download speeds and volumes of data. This led the professor to search for an alternative using higher frequencies with greater bandwidth. That search led him to the visible light spectrum, which has 10 000 times the frequency spectrum of the radio frequency spectrum normally used for Wi-Fi.

The August 2020 Buyers’ Guide lists manufacturers and distributors of products and services in the Lighting (Lamps and Controlgear) sector. Download the August Buyers' Guide here... 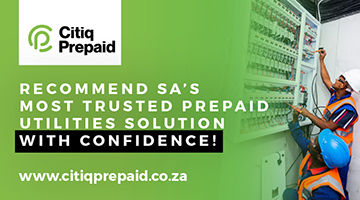