Cape Town lacks a viable growth vision for its future to guide both public and private sector investment.  Until this is in place, it is impossible to plan adequately for viable citywide economic acceleration, without which vital changes such as densification and the development of affordable housing will remain an unachievable dream. 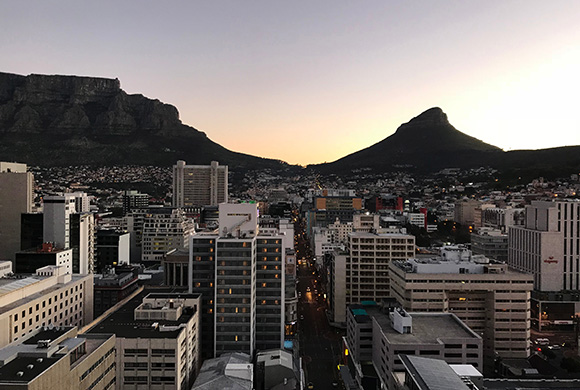 This is a key message coming out of a workshop recently held at the end of August between the Development Action Group (DAG) and Cape Town property developers, several of whom work in the affordable market. The workshop was also attended by observers from the City of Cape Town’s inclusionary housing policy workgroup, and facilitated by the Western Cape Property Development Forum’s (WCPDF) Chairperson, Deon van Zyl.

In attendance was Rick Jacobus, principal of Street Level Urban Impact Advisors - renowned consultants on inclusionary housing programmes and policy throughout the USA. A guest of DAG, Jacobus was visiting South Africa on a fact-finding mission which included meetings with key public and private sectors groups.

According to Helen Rourke, Programme Manager for DAG, the purpose of Jacobus’s visit was: “To meet with senior members of the public sector at local and national government level, as well as engaging with the private sector, in the hope of guiding both sectors towards accelerated delivery of affordable housing overall but in particular to encourage the development of a viable inclusionary housing policy for Cape Town.”

Also known as gap housing, the term “affordable” refers to potential homeowners who earn R20 000 or less per month, and who would, theoretically, qualify for a bond but for whom the majority of homes in Cape Town would be out of financial reach. It is, however, the market in which the greatest demand for housing exists. In turn, inclusionary housing refers to private sector residential developments in which a certain percentage of units could also be included and aimed at the same gap market.

At present, the City’s database shows a need for the provision of just under 350 000 affordable units. According to research conducted by the University of Cape Town’s Urban Real Estate Research Unit, this would necessitate the provision of around 30 000 new houses per annum. However, it is estimated that less than 3 000 per annum were currently being provided.

Jacobus emphasised that land value capture, where developers could contribute affordable units onsite, or fees in lieu towards affordable housing projects in other areas, in exchange for additional development rights on their own projects, was an internationally recognised method of using private sector funding and delivery capacity to assist with housing provision.

FWJK’s CEO, David Williams-Jones concurred, noting that certainty of a growth vision would help to determine the cost contribution that developers would make:  “At the moment, we are shooting in the dark and are held ransom with spurious objections.”

Noting the importance for affordable or inclusionary housing provision around the world to be “a piece of a broader growth strategy”, Jacobus stressed that it had to be part of a cohesive, well-planned, city-wide growth vision that incorporates the rollout of both motorised and non-motorised transit nodes, densification across all city areas, and the planning of all future residential and commercial development, not least of which was inclusionary housing.

It is here, in the lack of a growth vision for the City, that the primary problem lay, according to Van Zyl: “Helen Zille, as Mayor in the mid 2000s, called for infrastructure-led economic growth.  This vision, of accepting the concept of growth and leading with proactive infrastructure capacity, seems to have fallen by the wayside.

“City officials argue that there is no money for planning or to invest in infrastructure. And yet, the City currently sits on billions in cash, but expects property developers to grow its revenue stream with new infrastructure development on its behalf.  It’s a bit like expecting production without having built the factory in the first place.  If you don’t invest in the factory, how can you expect a production pipeline? If you don’t have or invest in a vision, how can you expect anyone else to do it?”

In addition, noting that the City’s recent budget showed large cash holdings and a workforce of more than 30 000 people, Van Zyl asked:  “How is it that the City’s inability to actually spend its capital budget does not trigger an audit qualification? If there were a clear growth vision, the City Manager and his team would be asking probing questions on under expenditure and under performance and would be making structural changes.  This does not seem to be happening.”

The growth vision also needed to be multi-dimensional and detailed, stressed Van Zyl:  “It needs to show every layer in the spatial planning structure – as Jacobus points out – where everything plugs in. Where will new commercial nodes be developed? How will areas around transit nodes be developed? Where will densification take place?  Are bulk infrastructure capacities, water, sewerage treatments work, electricity and landfill and recycling sites available to accommodate growth and sustainability?

“If you’re not growing, you’re not changing, and you are therefore unable facilitate social integration and provide affordable accommodation.  You cannot plan in silos per department – they need to work together towards a central and unified growth vision.”

The City’s over-emphasis on auditing and compliance was also seen to be stifling the economy, together with  the fear this was causing among City officials of the repercussions they could face if they were found in any way to be non compliant.

According to Kabous Fouche, the development manager for the Rohloff Group and the WCPDF Inclusionary Housing Workgroup convenor:  “This fear is very real and is resulting in a complete stagnation on policy formation as well as just day-to-day, timeous, decision making on planning applications, private or public – a key obstacle to growth within our industry.  Because there is no overriding growth vision, there is no strategic support for out-of-the-box thinking and delivery-orientated decision making among officials.”

The result was that property developers working in key commercial areas were also now identifying development approvals as their single biggest risk, says Van Zyl: “There seems to be an inability by the City to appreciate the economic value that a development brings – from the creation of construction jobs among the poorest sectors of our community to the final rates generated for the municipality.

“If this appreciation actually existed, then the City would actively plan for and provide infrastructure capacity toward growth based on a a growth vision.”

Working largely in the area of commercial property, Vusi Nondo, Development Executive for the V&A Waterfront, concurred: “Looking, specifically, at commercially-driven development, there is a lack of commitment and prioritisation or understanding of the economic benefits of even just ‘vanilla’ type development.

“So, without a growth vision, we’re all left in a bit of a quandary in that if the City is not really committed to developers in the affordable housing space and they’re not committed to what we’re doing commercially, what exactly are they focused on? Is it the lack of clear policy? Arguably, you’re not going to get clear policy if you don’t have a clear vision and, together with that, an understanding of the economic outcomes or the impact of the decisions you’re making on the system over which you have oversight.”

Zijin partners with MTN and Huawei to build...

Another 147 MW of wind power connected to...